YouTube recognizes that it has an adverse effect on society, but it is not enough to prepare for a real breakthrough measure Along with major SNS such as Facebook and Twitter, YouTube is collecting people's criticism as a source of large and small "fake news". YouTube leaders also seem to be trying to take measures to recognize the problem, but media dealing with a wide range of fields such as politics, technology and cultureSlateWill Oremus argues, "YouTube is not ready for it yet."

As soon as service provision is started, Twitter has recognized that there is an implication of "news platform" about its service. Also, Facebook has positioned its service as a "personal newspaper" around 2013, but both criticize it as a diffusion source of "fake news (fake news)" seen in the 2016 US presidential election Receiving and taking measures to counter it.

By contrast, however, Olemus points out that YouTube has avoided criticism of its social responsibility until quite recently. It seems that Google with the same parent company is not related to expressing itself as a "technology platform" unrelated to news delivery, and YouTube has refused to fully address this issue so far Thing. However, signs of change are appearing in the recognition of YouTube. YouTube is of Susan Wojcicki CEO in a large-scale festival of movies, music, and technology to be held in the United States of Austin, Texas' South by South West "(SXSW), the content is transmitted by the service that the company has to offer We announced a policy to take some measures on the quality and accuracy of the product.

This is related to the criticism of the movie posted by YouTuber Logan Paul in January 2018, too. Paul uploaded a movie that photographed the body of a man who committed suicide at the aquarium of Aokigahara in Japan, but he made contents using his body and distributed it, in respect of getting profits Around the world were crushing voices. In addition, there was a voice to YouTube asking the responsibility of distributing such contents.

What did YouTuber Logan Paul in the great flames all over the world do in Japan? - GIGAZINE Mr. Paul, who received great criticism, subsequently delivered a "movie appealing suicide prevention" on YouTube, but also distributed content of the dangerous challenge "Tide Pod Challenge" to swallow laundry detergent afterwards, It is said that we continue as usual "normal driving" as usual. As a result of a series of events, Mr. Paul has cut some advertising revenue from YouTube. 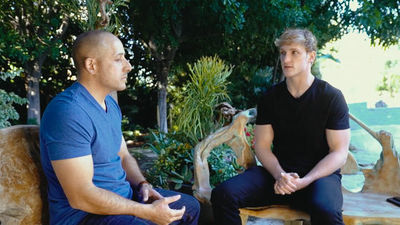 Mr. Oremus argues that YouTube's response to this seems to be unsettled yet. It was Mr. Washikki of YouTube who took over at SXSW and talked about "responsibility to the people of the world", but in that it noted that "we are not a news organization", and other SNS have problems It is pointed out that there is a gap between recognizing and attending measures.


.@ SusanWojcicki"If there is an important news event we want to be delivering the right information."

Minutes later she says, "We are not a news organization."


There is also one incident as if that confusion appeared. About Neo-Nazi extremists' shout shouting as "shoot Jews with gas" Although YouTube once stated the position of "not deleting", since many criticisms have spurted out, the account is frozen It is. 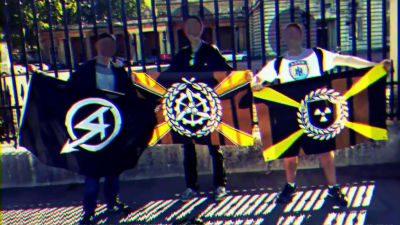 Also, in the case of a gun shooting incident in Florida in February 2018, a movie advocating a conspiracy theory is displayed on the top search, saying that doubts are being heard in the contents. Mr. Zeinep Tuffecki, an author who contributes to the New York Times, expressed YouTube as a "serious radical" and the content displayed as "Recommended" on the platform induced people to be extremely thoughtful We publish articles that are concerned about.

In SXSW, Mr. Wasickey, as one of the trends which is regarded as a problem, as an approach to "the rise of conspiracy theory", content related to conspiracy theory displayed on YouTube includes a page of Wikipedia corresponding to that content We announced measures to insert links. Although it is an effort to prevent people from falling down to the pitfalls of conspiracy theory by showing a scientific view to conspiracy theoretic movie such as "lunar exploration of NASA was a lie", about this method A skeptical view is also shown. 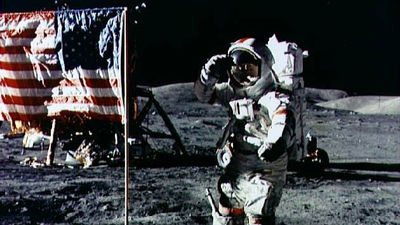 Regarding the presentation of Mr. Woshikki, the Wikimedia Foundation, which runs Wikipedia, confessed that it was not an effort that YouTube and Wikipedia are in tandem with, saying, "Nothing was heard beforehand." Wikipedia is an online encyclopedia that people are building with volunteers, and the Wikimedia Foundation says it does not have control over its content. Olems also said that YouTube, whose parent company Alphebet is trying to reach $ 800 billion in market capitalization (about 80 trillion yen), will rely on Wikipedia fundamentally based on volunteers as its backing of information It also shows a skeptical view. Mr. Woxyky, asked as "What method of judging what information is trustworthy?" From WIRED's editor Nick Thompson, who was also on the stage of SXSW, said that although he did not talk about details Awards as a journalist "and" amount of traffic "and so on. About this, Mr. Oremus shows a view that it is lacking in persuasive power as a countermeasure taken in the situation that is gathering criticism.


Earlier,@ nxthompsonasked how do you decide who is a credible, trustworthy source on YouTube.@ SusanWojcickiShe suggested that some of the things they look at are "number of journalistic awards" and "amount of traffic" they have.


In addition, Mr. Wasicke said that "There are complicated algorithms behind it", but this is a way of developing the same logic as Facebook and Twitter later criticized Olems pointed out. From these situations Olems shows a view that YouTube is still concerned that it is not ready to properly respond to criticism.