The concept of the project is "BEYOND" 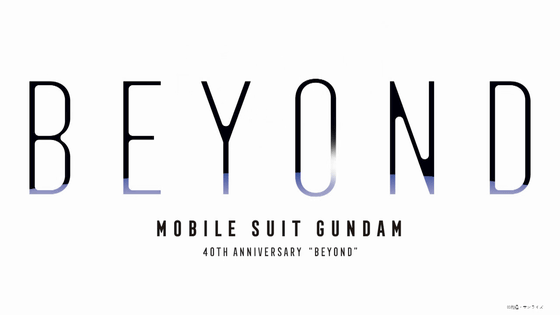 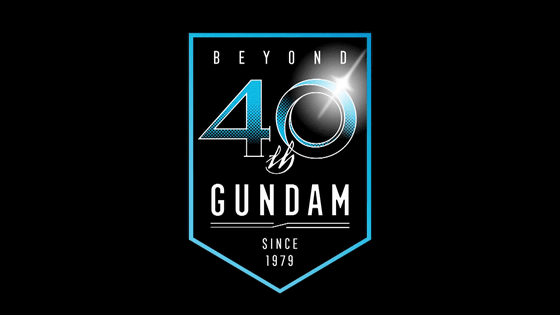 SUGIZO is in charge of 40th anniversary theme song 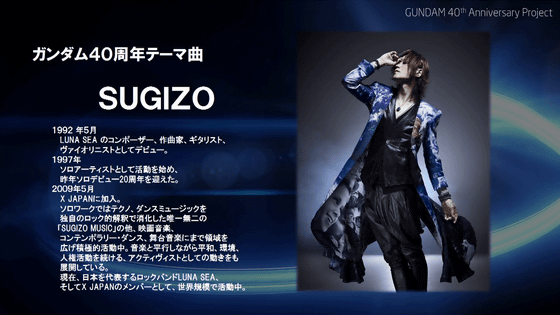 It was announced at the Anime Expo held in July 2018 that Sunrise and Legendary Film will work together to produce the first live-action movie of the Gundam series . This project is underway. 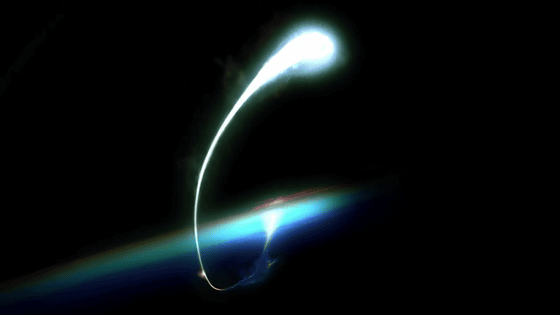 Five films were announced in 2019. First of all, " Mobile Suit Gundam THE ORIGIN TV series ". It is planned to re-edit the work of all 6 stories screened in theaters between 2014 and 2018 into 13 TV series, and it will be broadcasted in NHK synthesis from April 2019. The second work is " Gundam Build Series New Work". A new work of an animation series in which Gundam's "plastic model" moves, starting with "Gundam Build Fighters" in 2013. Currently, planning is in progress. The third work is " SD Gundam Mikuni Creative Den ". It is a new work of the SD Gundam series which celebrated the 30th anniversary in 2018, and it will be deployed to children all over the world. Planning is ongoing for the 2019 announcement. The fourth work is " Reconfigista of Gundam G of the Movie ". It is a theatrical version which was re-edited by adding a large number of new cuts to the TV series broadcasted in 2014, and it will be deployed in 2019. Yoshiyuki Tomino coach is planning to be in France 's "JAPAN EXPO" celebrating the 20th anniversary. By the way, regarding Greko theater version, there was also something the general manager Tomino told "five department work", but it is unknown whether it is one or plural composition. And the fifth work, " Mobile Suit Gundam Senko no Hathaway ". It is a work originally written by Director Tomino published in 1989, planned to develop a trilogy of theaters. Following the "Mobile Suit Gundam NT" released on November 30, 2018 (Fri), the second work of the "UC NexT 0100" project which builds a new history of the universe century that draws on the flow of "Mobile Suit Gundam". In addition to the video work, the first performance of the Gundam series will be performed in Tokyo and Osaka in February 2019 with "Performance Re: Build by Stage Mobile Suit Gundam 00 Destruction ". In addition, the project " Gundam GLOBAL CHALLENGE " projected from 2014 towards the dream of "moving 18 m full size Gundam" collaborated with Yokohama City, and from the summer of 2020, the title of "GUNDAM FACTORY IN YOKOHAMA" It is about holding an exhibition event at.