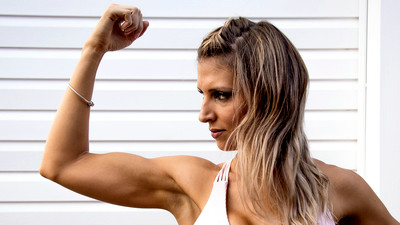 In order to train muscles, continuous training is required. Although muscle weakens when training is truncated, it is said that it is possible to return muscle mass relatively quickly when training is resumed. Such a phenomenon "the muscles remember the previous state" was known as an empirical rule in the world of exercise physiology, and it is called " Muscle Memory ".

Frontiers | Skeletal Muscles Do Not Undergo Apoptosis During Either Atrophy or Programmed Cell Death-Revisiting the Myonuclear Domain Hypothesis | Physiology
https://www.frontiersin.org/articles/10.3389/fphys.2018.01887/full

If you do not train your muscles for a long time, you know that the muscle cells die and the muscles are atrophied. However, it is known that once the muscle is atrophied, once again training is resumed, it will grow to the previous state immediately. In general, cells are dying to achieve programmed cell death called apoptosis , but in the case of muscle cells it can only be thought of as holding the information of previous cells, this "muscle memory" It was unknown how it was retained.

In general, the cells of animals have nuclei that enclose the DNA that is the design drawing. In principle, one cell contains one nucleus, but it is a single cell with multiple nuclei by incomplete cell division or fusion of multiple normal cells There is a " syncytial body " that behaves like. For example, human skeletal muscle fibers are syncytias formed by fusion of multiple myocytes. 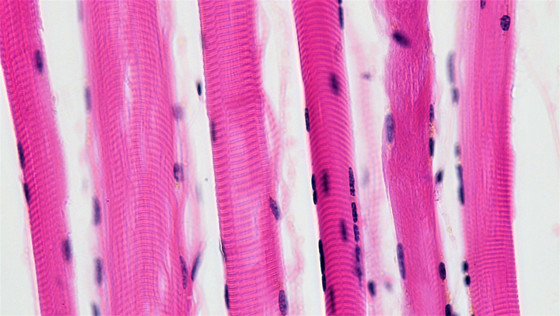 Lawrence Schwartz, professor of biology at the University of Massachusetts , advocates a "muscle core domain hypothesis" that the nucleus of muscle fibers, ie, the amount of DNA and the amount of cytoplasm are closely related.

So the research team led by Mr. Schwartz conducted experiments with muscles of mouse and tobacco tin maega . As a result, nuclei were not lost in mice and tobacco tin mega, even if the muscle fibers were atrophied. Even though the muscles themselves are atrophied, the cytoplasm is reduced and the number of nuclei has not decreased, so even if the muscles are weakening, they will recover as soon as training resumes. 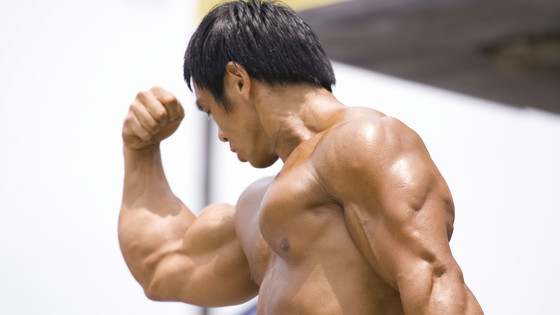 Based on Schwartz's muscle core domain hypothesis and experimental results, it can be said that muscle memory is certainly present. "The muscles are atrophied due to various environmental factors such as being damaged by extreme exercise, lack of nutrition, etc. Even if the muscles atrophy, they get plasticity soon returning to their original state Therefore, it is thought that muscle fibers do not lose their nucleus soon, "Schwartz speculates.