A non-profit organization, the

Center for Democracy and Science and Technology (CDT) , has put pressure on social media, including the possibility of reviewing Article 230 of the Communication Quality Act, is a presidential decree 'Freedom of Speech' in Article 1 of the United States Constitution Filed a complaint against 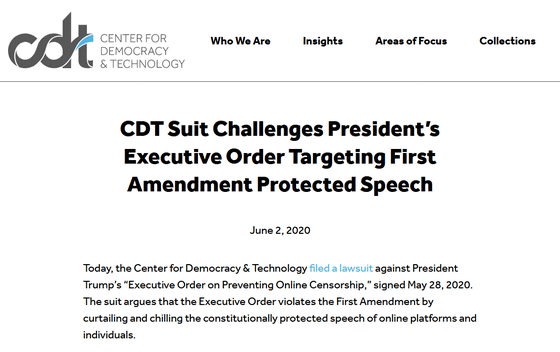 President Trump is angry that Twitter has labeled 'potentially misleading' in response to a tweet he made on May 26, 2020 local time.

It is 'censorship' that the platform operator makes changes to the content posted by the user, and we have clearly stated again the attitude of strengthening regulations on social media or closing the platform itself. 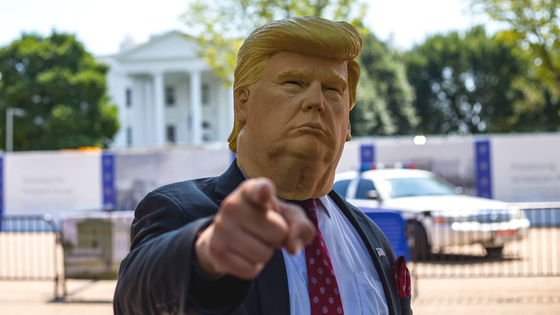 Then, on May 28, 2020, we signed the 'Presidential Decree on Prevention of Online Censorship,' which will tighten social media.

In response to President Trump's move, the CDT says that the 'Presidential Decree on Prevention of Online Censorship' suppresses the 'freedom of speech' that is guaranteed by the online platform and individuals by the Constitution, and violates Article 1 of the Constitution. Insist. Filed a lawsuit.

CDT President and CEO Alexandra Givens is concerned that the presidential decree will limit the power of social media to fight misinformation, voter oppression, and the promotion of violence. It will ensure that the spread of false alarms, suppression and violence will increase.