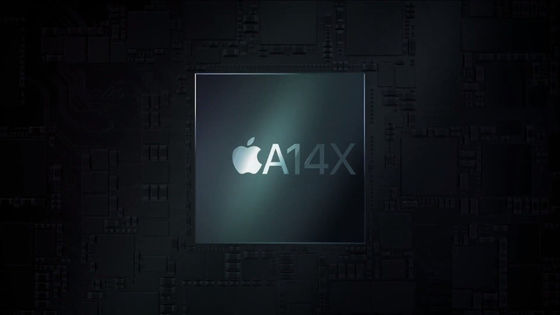 Apple has installed the A14 Bionic chip manufactured by

TSMC's 5nm process on the latest terminals released in 2020, such as the iPhone 12 , iPhone 12 Pro, and 4th generation iPad Air . A benchmark score for a chip named ' A14X Bionic ', which is different from this A14 Bionic chip, was discovered.

It turned out that the result of the benchmark test of the A14X Bionic chip is registered in the benchmark test Geekbench . According to the registration information, the operating frequency of the CPU is 1.80GHz at base and 3.10GHz at turbo. Among the chips that Apple has developed independently, the A14X Bionic chip is the first to have an operating frequency exceeding 3.0 GHz. The CPU has 8 cores, and the GPU is equipped with 8GB of VRAM.

In the case of Intel Core i9 installed in the 2019 model 16-inch MacBook Pro , which is the highest spec MacBook among the current models, the CPU single core score is '1096' and the multi-core is '6869'. , The A14X Bionic chip is a higher spec chip than this. 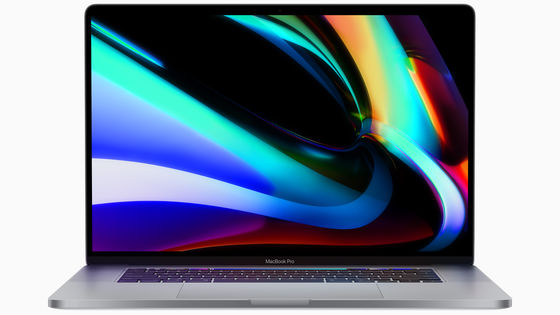 Apple Insider, which reports Apple-related news, said, 'We could not reliably verify the source of the information,' but 'If this score is accurate, Apple will further improve the performance of the Mac. It means that it is possible. '

In addition, Apple plans to start a distribution event called 'One more thing' from 3:00 on November 11, 2020. Therefore, it is expected that the A14X Bionic chip will be the chip used in Apple's first Mac with Apple Silicon.