Excess salt turns out to temporarily disrupt the immune system 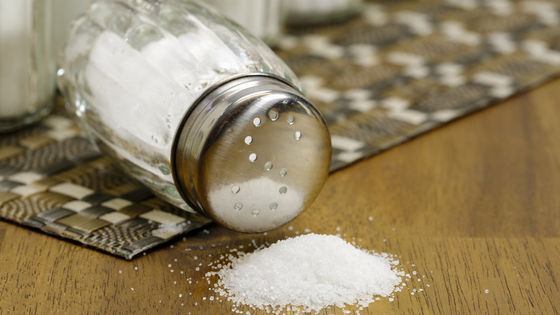 Many people think of thirst and high blood pressure when they hear 'the health effects of taking too much salt.' A German researcher published on April 28, 2021 found that 'overdose of salt causes abnormalities in cells that play an important role in immunity.'

Eating too much salt could mess with your immune cells | Live Science
https://www.livescience.com/salt-disrupts-immune-cell-functioning.html

Dominic Muller and his colleagues research team of the Max Delbrück Molecular Medicine Center of Germany in 2015, 'when the sodium concentration in the blood rises, the macrophage is a precursor of immune cells called' Monitoring type monocytes (patrolling monocytes) We found that the function and activity of '' are affected. However, the exact mechanism by which salt causes abnormalities in immune cells remains unclear. 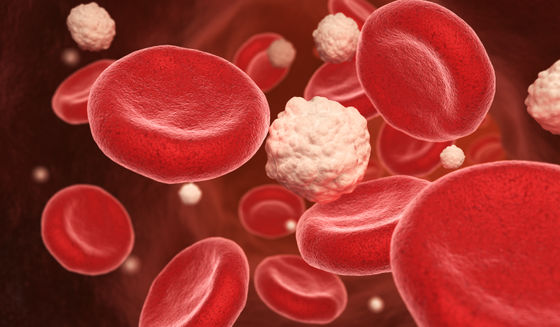 Therefore, the research team conducted an experiment in which mouse and human immune cells cultured in the laboratory were exposed to high concentrations of salt. As a result, it was observed that the energy level of immune cells decreased only 3 hours after the start of the experiment. Specifically, the action of the enzyme used by

Surveillance monocytes have grown into abnormal macrophages due to a decrease in ATP, which is also called the 'living energy currency' because it is important as an energy source for cells. Regarding this, Professor Muller said, 'Energy-deficient phagocytes have been able to attack infections more effectively, but this is not all good, because by intensifying inflammation. It may increase the risk of cardiovascular disease. '

To determine the effect of this phenomenon on the human body, the research team conducted a clinical trial in which 20 healthy men and women were asked to eat a whole pizza delivered to home and blood tests were performed 3 and 8 hours after eating. did. The pizza given to the subjects in this experiment contained 10 g of salt. According to a survey by the Ministry of Health, Labor and Welfare , the average salt intake of Japanese people is 10.1 g, so in this experiment, the subjects calculated that the salt intake of Japanese people per day was taken in one meal. .. Examination of the blood of the subjects who flattened the pizza confirmed that the amount of ATP synthesis in the mitochondria in the cells decreased significantly after 3 hours, but returned to normal after 8 hours. In parallel with the above experiment, the research team also conducted an experiment in which healthy male subjects took tablets containing 6 g of salt for 14 days. This study also found that subjects had reduced immune cell activity during the experiment, but returned to normal after the experiment.

Regarding the experimental results that excess salt temporarily reduces the energy of immune cells, Professor Muller said, 'It is a good result that the effect of salt on energy production is reversible. If the shortage is prolonged, there are concerns about some adverse effects. '

Meanwhile, co-author of the paper, Markus Kleinewietfeld, said, 'The first thing that comes to mind as an effect of chronic salt overdose is the risk of cardiovascular disease. Long-term abnormal exposure of important cells, such as immune cells, can lead to adverse effects such as autoimmune disease and inflammatory diseases such as blood vessels and joints. '.

In the future, the research team will focus on the fact that mitochondria are present in almost all cells other than red blood cells, and will investigate the effect of salt on cells other than immune cells.