What causes some people to never get drunk even if they drink a lot? 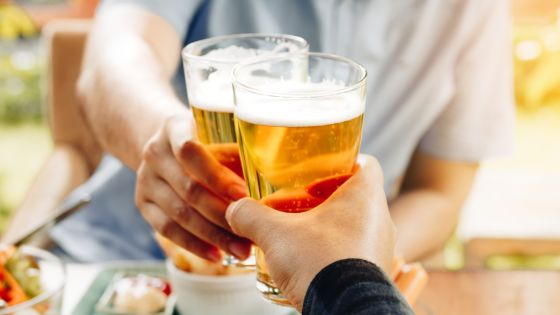 The susceptibility to sickness when drinking alcohol varies from person to person, and some people remain conscious even after drinking a large amount of alcohol. Mr. Trevor Clay, who is working on the development of therapeutic agents for autoimmune diseases and Alzheimer's disease, explains the internal mechanism of people with high alcohol tolerance.

People with high alcohol tolerance have two characteristics: 'Even if you take a large amount of alcohol, the blood alcohol concentration does not increase' and 'Even if the blood alcohol concentration increases, there is no effect on physical function'. 'People who consume alcohol on a daily basis have an enlarged liver and can process a larger amount of alcohol than those who have a normal liver.' 'People who consume alcohol on a daily basis are psychological about alcohol. It is common to have an explanation such as 'It is adapted to the target.' 'These explanations are correct, but not all,' Klee points out, explaining the lesser-known factors that increase alcohol tolerance.

Generally, it is said that a person's consciousness is impaired when the blood alcohol concentration exceeds 0.4%. However, some of the people who are on a daily basis intake of alcohol, that there are people who maintain a sufficient level of consciousness to the blood alcohol concentration to the operation of the motor vehicle be greater than 1% reported have been increase. According to Mr. Klee, maintaining a high level of consciousness even with blood alcohol levels above 1% cannot be explained by 'liver enlargement' alone. As a result, Klee claims that the brain cells of people with high alcohol tolerance have changed to become resistant to alcohol. Previous studies have shown that in the brain cells of people with high alcohol tolerance, changes occur in a site called the β subunit of the 'BK channel, ' which is a type of potassium channel that regulates potassium concentration. When a normal person ingests alcohol, the function of the 'NMDA receptor' that connects the brain and body weakens and the level of consciousness decreases, but in people with changes in the BK channel, the function of the NMDA receptor It will not be affected. Klee argues that this will help some people who consume alcohol on a daily basis remain conscious of increased blood alcohol levels.

Klee concludes that identifying genes that alter the β subunit of BK channels can slow or stop the development of alcohol tolerance.