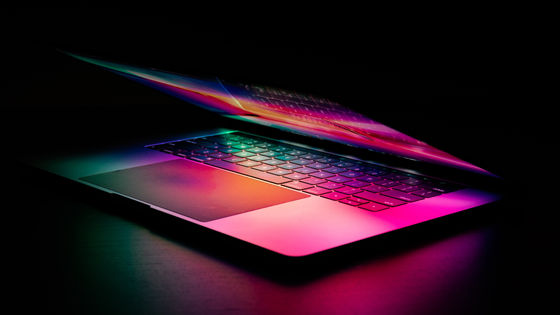 Reporters such as the name of the 'new chip' to be installed in the 'new MacBook Pro', which is expected to be unveiled at Apple's new product announcement event to be held from 2:00 am on October 19, 2021 Japan time We report each forecast of the announcement event.

Apple's MacBook event: what to expect from “Unleashed” --The Verge
https://www.theverge.com/2021/10/17/22725365/apple-october-macbook-event-unleashed-rumors-pro-airpods

Since Apple announced its own chip 'M1' in November 2020, there has been a rumor that there is a plan to announce the next generation Apple Silicon for a long time, but the name is the company's naming convention so far. Judging from the above, there were various theories such as 'M1X', 'M1Z', and 'M2'. However, a new major economic newspaper, Bloomberg, reported that the next-generation Apple Silicon will have '10 cores with 8 high-performance cores and 2 high-efficiency cores for the CPU, 16 cores and 32 for the GPU. There are two types of cores, and 32GB and 64GB of RAM capacity will be added to the options. '

Also, Mac software developers who want to remain anonymous to Bloomberg told the application log that the chip names 'M1 Pro' and 'M1 Max' were displayed, so the new chip is also this. There is a high possibility that it will become a name. However, Bloomberg blurs it out as 'it may be different from the name used in actual marketing' and 'in any case, it will definitely be known within 24 hours.'

In addition, the specifications of the new MacBook Pro that Bloomberg predicted from the leak information so far are as follows.

-There are two screen sizes, 14 inches and 16 inches.
-Equipped with a higher resolution mini LED display. The beta version of macOS Monterey , which will be officially released in the fall of 2021, uses resolutions of 3024 x 1964 pixels and 3456 x 2234 pixels, and it is expected that the MacBook Pro will also use the above resolutions from the analysis results of the application.
-Equipped with a MagSafe charging terminal on the side.
・ There is a strong possibility that the Touch Bar will be abolished.
-The revival of the SD card slot, HDMI port, and USB Type-A port was considered, but was eventually rejected.

In addition, the forecast contents of the recital reported by IT media companies are as follows.

Apple's new product launch event will take place from 2:00 am on October 19, 2021 Japan time. The content of the recital will be published in real time.