Omicron strains are revealing the reality of 'human immune function' The Omicron strain, a variant of the new coronavirus infection (COVID-19), has spread worldwide and is at its peak in many countries. Although the world is still in a state of turmoil, various vaccines associated with COVID-19 have been developed, and clinical trials on the effects of booster inoculation and the effects of vaccines on mutant strains have been conducted, which is interesting for human immune function. The facts are becoming clear.

When a bacterium or virus enters the body, B cells , which are one of the lymphocytes, first react and begin to divide, and differentiate into plasma cells that mass-produce a protein called 'antibody'. There are various types of antibodies, but those that flag for attacking pathogens and those that bind to pathogens to prevent infection are called neutralizing antibodies. In many scientific studies, this neutralizing antibody is used as an indicator of 'immunity defense'.

Regarding COVID-19, research has shown that 'when infected with the new coronavirus (SARS-CoV-2), the neutralizing antibody level drops shortly after infection.' Some people are concerned about this information, but for many immunologists it is within expectations. This is because B cells that produce neutralizing antibodies are short-lived in the first place.

◆ What does 'lower neutralizing antibody level' mean?
After recovering from a disease, what is important is whether the body can produce 'long-lived B cells' that target and attack the pathogen when it re-enters the body. Such B cells are usually made within a structure called the ' germinal center .' The germinal center is a microstructure created in the immune system such as lymph nodes when a person is infected with a pathogen, and it is like a 'B cell training camp'. Of the B cells that proliferate in the germinal center and repeat mutations, the 'best antibody-producing one' survives.

The above process takes about a month, and the final survivors become 'Memory B cells' that circulate in the blood. B cells do not make antibodies, but when they encounter a virus or viral protein, they divide rapidly and turn into plasma cells that produce antibodies. The remaining memory B cells will become long-lived plasma cells and will continue to produce small amounts of high-quality antibodies in the bone marrow.

You can understand how B cells work in the body by reading the following articles.

How is the immune system fighting against bacteria and viruses? --GIGAZINE Studies have shown that 'antibody levels drop rapidly 2-3 months after COVID-19 infection, but slow down 4 months later,' consistent with the function of memory B cells. increase. Immunologist Rafi Ahmed commented on the graph showing the decline in neutralizing antibody levels that after a period of time the curve became stable and 'looks very good.'

◆ Is the vaccine ineffective when the neutralizing antibody level drops?
It has been reported that neutralizing antibody levels decline over time not only in infected individuals but also in those who have completed two vaccinations. In addition, there have been many reports of ' breakthrough infections ' in which Omicron strains are infected even if they are vaccinated twice. From this information, it is said that the vaccine is no longer effective, but on the other hand, it has also been found to have a protective effect against the aggravation of the disease after infection.

What is 'vaccine effectiveness' from the data of breakthrough infections? --GIGAZINE Basically, the vaccine imitates infection, but the COVID-19 vaccine 'mRNA vaccine' has the difference that it 'reacts not with the virus itself but with a part of the virus called spike protein .'

How is the new coronavirus vaccine made? --GIGAZINE 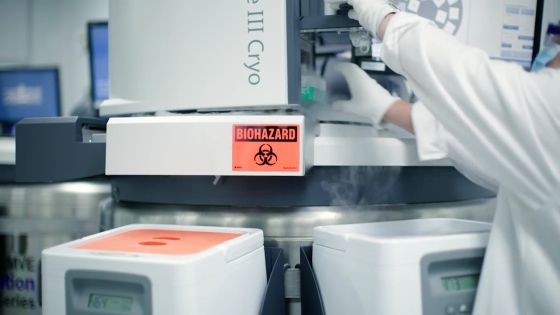 For this reason, it is not known whether the decrease in antibody levels in vaccinated people 'decreases to a certain level but then stabilizes' as in people after COVID-19 infection. 'Probably immune protection will last for years,' said immunologist Shane Crotty.

◆ Why does the 'immune effect' continue to exist even if the neutralizing antibody level drops?
Not only the above-mentioned 'neutralizing antibody' and 'B cell' but also 'T cell' is deeply involved in human immunity. When T cells come into contact with antigens, they proliferate 'effector T cells' that have various roles. From effector T cells, 'killer T cells' that kill pathogen-infected cells and 'helper T cells' that have a role in stimulating other immune functions divide. And after the threat of pathogens has passed, ' Memory T cells ' that have the same function as memory B cells will remain.

Regarding COVID-19, it is said that 'memory when you have a common cold' exerts an immune effect. It is possible that memory T cells stored in the body for a long period of time are exerting an immune effect. Researchers have hypothesized that 'cross-reactive T cells,' which respond to similar antigens among memory T cells, react and shut down pathogens before a serious infection occurs. 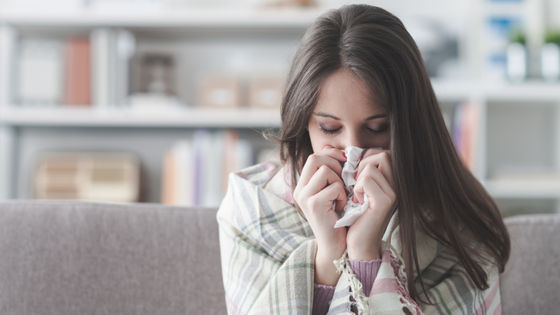 The above is still a hypothesis, but what is certain is that memory cells 'do not function like neutralizing antibodies, but can block infection.' After infection, memory cells take some time to be effective, so infected people have some symptoms. However, in the end, the immune effect will appear to the extent that it becomes more severe and the hospitalization rate is lowered.

Studies have also shown that T cells from COVID-19-infected and vaccinated individuals performed almost the same cellular response to the Omicron strain as the Delta strain, despite the large number of mutations. .. It is thought that this is because 'if T cells are antibodies, they also react to the parts that do not react' and 'the virus cannot find a workaround because T cells differ from person to person'.

Antibodies increased by '83 times' by booster inoculation of Moderna vaccine, and preventive effect of Omicron strain is also confirmed --GIGAZINE One hypothesis about this is 'Antibodies that deal with Omicron strains by activating Memory B cells with booster shots to speculate on'what shape the variant will look like'. Is made. ' Another hypothesis is that 'booster shots further mutate B cells in the germinal center.'

However, it is certain that the effect of booster shots is limited for Omicron strains. To address this situation, Pfizer and Moderna are developing vaccines specific to the Omicron strain.

◆ What is a highly effective vaccine?
Since the outbreak of COVID-19, various research institutes have all worked on vaccine development. Pfizer and Moderna have developed mRNA vaccines, while AstraZeneca and Johnson & Johnson have developed vaccines that incorporate the RNA of the SARS-CoV-2 peplomer into a harmless adenovirus .

Experts answer four questions, such as 'How is Johnson & Johnson's new corona vaccine different from other vaccines?' --GIGAZINE 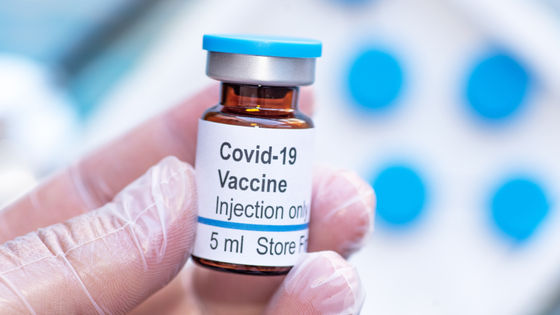 Researchers are paying attention to the effect of 'hit different vaccines'. The latest data show that vaccination in the form of 'first vaccination with AstraZeneca or Pfizer, second vaccination with Moderna' will increase the antibody response. This is like ' cross-training ,' and it is believed that the combination of different types of vaccines can create more flexible and diverse immunological memory. In addition, since 'where you are looking at the virus' is different for neutralizing antibodies, memory B cells, and memory T cells, there is a view that the effect can be further enhanced by designing a vaccine that takes into consideration the characteristics of each. To do.

The research on SARS-CoV-2 by many scientists over the last few years has increased interest in the human immune response itself. As various insights have been gathered and immunology research has progressed, it is expected that these insights will be useful in elucidating vaccines that provide long-term and widespread protection.