10 years after the world's hottest ``worst art restoration by grandma'', what changes have occurred in the town and grandma? In 2012, Cecilia Jiménez, an old woman from Borja, Spain, restored the famous fresco '

Look At This Man ' by Elias García Martínez that hung in the town's church to a far from original state. A situation has occurred. The restoration by Mr. Jimenez was called 'the worst art restoration' and was reported worldwide, but what happened in the 10 years since this restoration work was done overseas media Compiled by Archyde of.

Ecce Homo, a fresco by Elias García Martínez from Zaragoza, Spain, depicts Jesus Christ wearing a crown of thorns. It is said that Martinez was commissioned by the church in Santuario de Misericordia in Borja to paint this fresco in Spain, which was suffering from poverty and hardship at the time. It is said that Martinez painted 'Look at this man' on a church pillar while vacationing in Borja.

'Look at this person' is a fresco of about 60 x 40 cm, which is not technically original, but looks very similar to the portrait of Jesus Christ drawn by Italian painter Guido Reni . The “Look at this man” painted on the church pillar was loved by the local residents as an object of faith, but it was not made with materials suitable for mural paintings, so it was damaged due to deterioration over time. went. Under such circumstances, Mr. Jimenez, who was 81 years old at the time, was volunteering to help maintain the church. Mr. Jimenez is a person who has been involved in the work of restoring the painting of Our Lady Carmen in the Santa Clara Convent in the past. ABC said in an interview with Radio Point .

Statistics from travel service Vanguard Tourist show that tourist visits to Borja have tripled since Jiménez's restoration of 'Look At This Man' became public knowledge. It seems that it has greatly helped the economy of a town with a population of only 5000 people.

Eduardo Ardila, Mayor of Borja, generated income of 40,000 euros (about 5.5 million yen) annually by selling tickets for 3 euros (about 410 yen) to see 'Look at this person' restored by Mr. Jimenez He said this has allowed him to hire two employees in town to conduct guided tours. 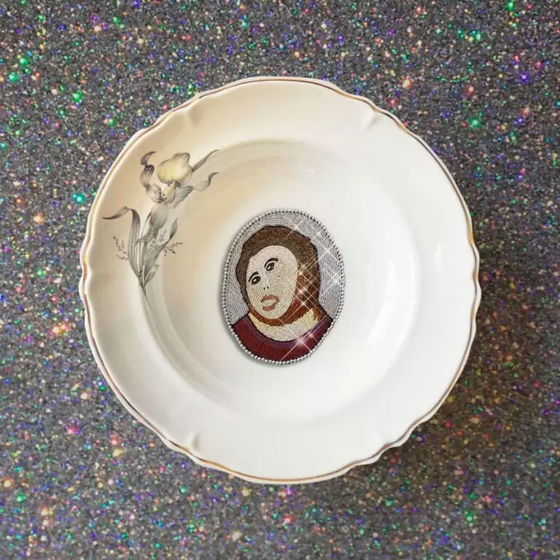