With the rise of Spotify and Apple Music, the proportion of people listening to ``old music'' is increasing rapidly and there is a danger of cultural stagnation Music streaming services such as

Spotify and Apple Music are attracting users around the world with a system that allows you to listen to a large amount of music if you subscribe to a flat-rate subscription. reached millions . Regarding the rise of such music streaming services, music writer Ted Joia argues that ``the number of people listening to old music will increase and the culture will stagnate.''

The New Numbers on Music Consumption Are Very Ugly
https://tedgioia.substack.com/p/the-new-numbers-on-music-consumption

Gioia argued that the entertainment industry, like the technology industry, needs innovation, and that culture grows with the constant emergence of fresh talent. The music industry spends billions of dollars (hundreds of billions of yen) annually to discover and produce new artists, but in recent years, with the rise of music streaming services, signs of cultural stagnation are beginning to appear. I'm here.

Luminate , an entertainment industry research firm, said in a music industry report that it regularly publishes, ``There is competition between old and new songs due to the influence of streaming services, and the share of new songs continues to shrink. It is reported that Below is a graph showing Luminate's `` share of old music (older than 18 months) and new music in the American music market ''. From 2020 to 2021, ``Catalog Share'' has increased from 65.1% to 69.8%, and ``Current Share'' has decreased from 34.9% to 30.2%. .

In a blog post about the music landscape in 2021, Joia noted that young people these days are listening to and playing songs that were popular long before they were born. ``The new music market is actually shrinking,'' he argues that, contrary to the expectations of artists and the music industry who want to sell new songs, the interest of modern people is increasingly away from the latest songs. .

Also, looking at the graph below published in the interim report on the music industry for the first half of 2022 published by Luminate, it can be seen that the share of the old music has expanded more and more in the six months from 2021, reaching 72.4%. understand. “This situation will likely deteriorate when full-year numbers are released,” Gioia said. 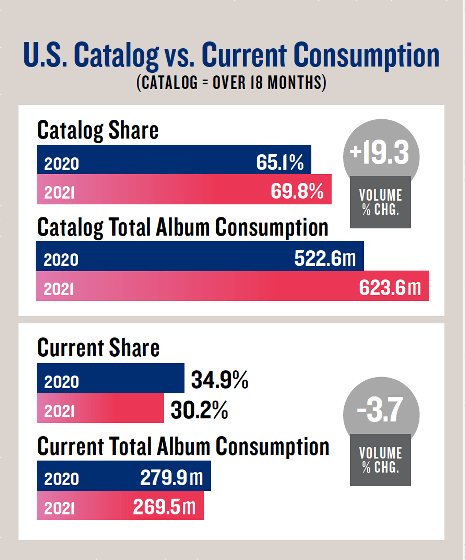 Mr. Joia argues that not only in the music industry but also in other art fields such as Hollywood movies, old works are attracting attention and new works are declining. For example, in recent years, the age of actors who star in movies such as Hollywood is on the rise, and sequels and remakes of past works are being actively made. For example, the global blockbuster `` Top Gun Maverick '' released in 2022 is a sequel to `` Top Gun '' published in 1986, and Tom Cruise, who starred in it, is 60 years old at the time of writing the article. In addition, the latest Indiana Jones series starring Harrison Ford, who will be 80 years old in 2022, will be released in 2023 . 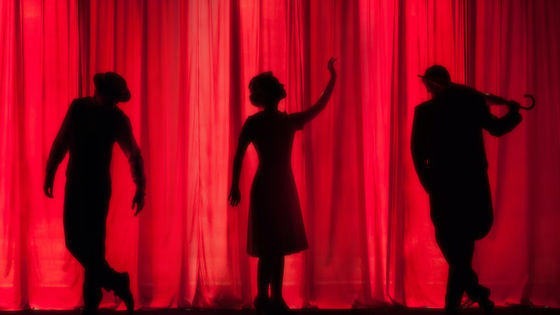 Mr. Gioia said that the fact that the elderly actors are showing great performances is itself worthy of praise, but movies that rely on the existence of past works, such as reboots, remakes, sequels, and spin-offs. He argued that the industry should be concerned. If the costs are not spent on discovering new artists and talent, the culture will lose the skills it needs to survive.

As an example that exposed the end of stagnant culture, Mr. Joia cites Constantine's triumphal arch built in the ancient Roman era. At 21m high, 25.7m wide and 7.4m deep, the gate looks impressive, but most of the decorations were stripped from the old building and repurposed. Mr. Joia points out that the Roman Empire in this era invested so much in military power that it forgot how to make works of art.

Furthermore, based on historical experience, Mr. Joia argues that in a society where art and culture has stagnated and creativity has been lost, other areas will tend to become more closed, and the collapse of the social domain may eventually begin. ``What if the creative economy only invests in the past, not the future?