'Google Chrome 105' stable release, convenient functions for web UI development are installed one after another 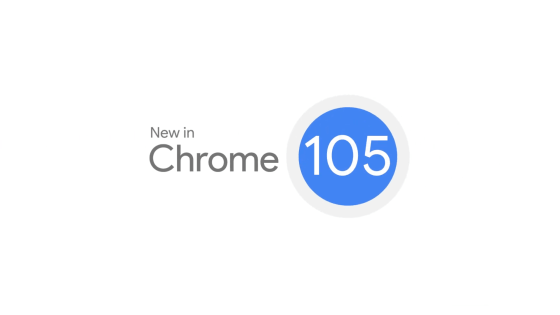 Version 104.0.5112.81 (Windows version, macOS version / Linux version 105.0.5195.52), the latest stable version of the web browser 'Google Chrome', has been released. Various features have been added that should facilitate web UI development, such as the implementation of new CSS pseudo-classes.

Add CSS pseudo-class
This time, two new CSS A pseudo-class has been added. :has() is valid when it has one or more relative selector elements passed as arguments.
[code]
/*

directly out of the element containing */
div: has(> img) {
background-color: black;
}
[/code]

Add onbeforeinput global content attribute
The beforeinput event is an event that occurs when the value of an element such as <input>, <select>, or <textarea> is about to change, and can be detected by using the addEventListener() method. new this time
[code]
element.onbeforeinput = ...
[/code]

It can be said that the difficulty of use has decreased. by the way,
[code]
document.documentElement.onbeforeinput === null
[/code]

◆ 'blocking=rendering' attribute
You can now specify rendering blocking by placing 'blocking=render' as an attribute and value on <script>, <style>, and <link> tags. This makes it possible for developers to explicitly prevent Flash of Unstyled Contents (FOUC) .

◆Improved navigateEvent
Two methods have been added to replace the existing methods of navigateEvent, which had practical problems. Intercept() gives developers control over the post-navigation state, and works very similarly to the existing transitionWhile() method, but instead of receiving a required Promise, it accepts an optional handler function , which improves usability and eliminates navigation end delays. scroll() scrolls to the anchor specified in the URL and works very much like the existing restoreScroll() but can be called when the navigation is not traversal. You can also perform manual scrolling even if you are not in manual scrolling mode. Note that transitionWhile() and restoreScroll(), which were replaced, are deprecated from this release and will be removed in Chrome 108.

The next stable version of 'Google Chrome 106' is scheduled to be released on September 27, 2022, local time.