'stable_diffusion.openvino' that can run image generation AI 'Stable Diffusion' even with Intel CPU has appeared, anyone can download it Artificial intelligence (AI) that can automatically generate high quality images like real photos according to the entered text is ' Stable Diffusion 'is. Such Stable Diffusion has been released under the Creative ML OpenRAIL-M license and can be used commercially, but a terminal equipped with an NVIDIA GPU is required to use it in a local environment. `` stable_diffusion.openvino '' has appeared, which allows such Stable Diffusion to be executed on Intel CPUs that are used by many PCs with Windows. 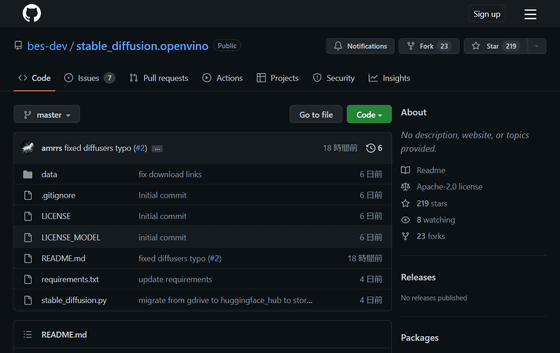 'Stable Diffusion' is an AI that can generate images along the entered text. Even images that are difficult for humans to draw, such as ``Girl holding balloons on the beach,'' ``Pikachu eating fine food while looking at the Eiffel Tower,'' and ``Spider-Man fighting a dog in Akihabara,'' are generated with quality beyond imagination. put away.

AI ``Stable Diffusion'' that creates pictures and photos that look like they were drawn by humans according to keywords has been released to the public, so I tried using it-GIGAZINE 'stable_diffusion.openvino' can operate on a machine equipped with an Intel CPU compatible with OpenVINO. The OS supports Windows, macOS, and Linux, and image generation can be executed as long as a compatible CPU and a Python execution environment of version 3.8 or later are prepared.

The following image is an image generated by Stable Diffusion from the text 'Street-art painting of Emilia Clarke in style of Banksy , photorealism '. 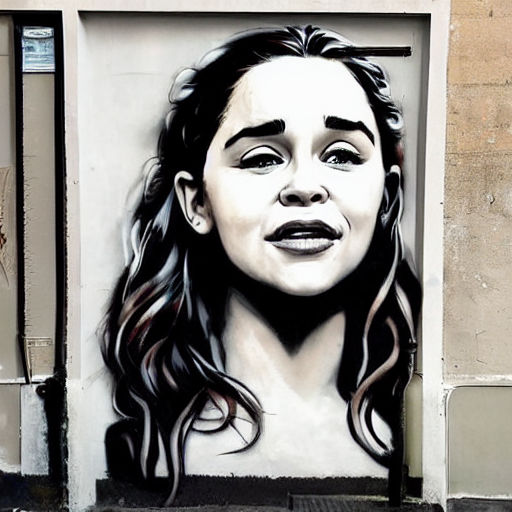 According to karaage0703, when using 'stable_diffusion.openvino' on a gaming PC equipped with Intel's Core i7, it seems that one image could be generated in less than 2 minutes. The image below is an image generated by entering the text 'karaage'. The executed command is as follows.
[code]$ python stable_diffusion.py --prompt 'karaage'
ftfy or spacy is not installed using BERT BasicTokenizer instead of ftfy.
32it [01:41, 3.18s/it][/code]