A fierce man who ported the masterpiece FPS game 'Quake' to Apple Watch appeared, and it can be played by tapping and tilting the screen 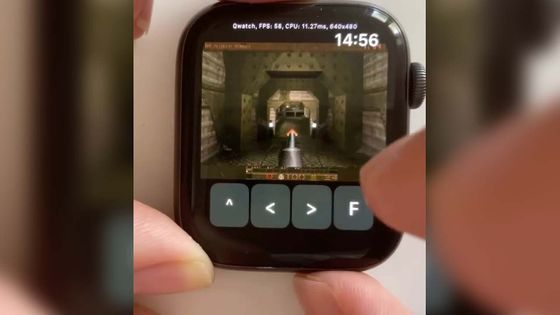 In the world, there are fierce people who are passionate about porting games and

OSs to devices that should not normally work . Examples such as installing Windows 95 and porting DOOM to a tractor's in-vehicle system became a hot topic. Newly, a fierce man who ported the game ' Quake ' released in 1996, which is said to be the origin of full 3D FPS, to the Apple Watch has appeared, and a video of how it actually plays has also been released. 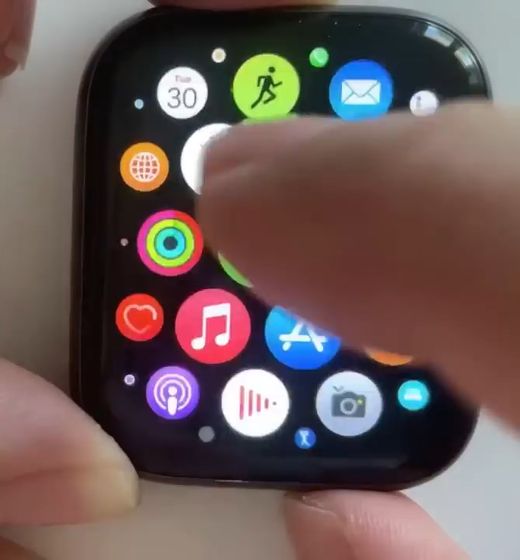 Since the original Quake icon appeared, tap it. 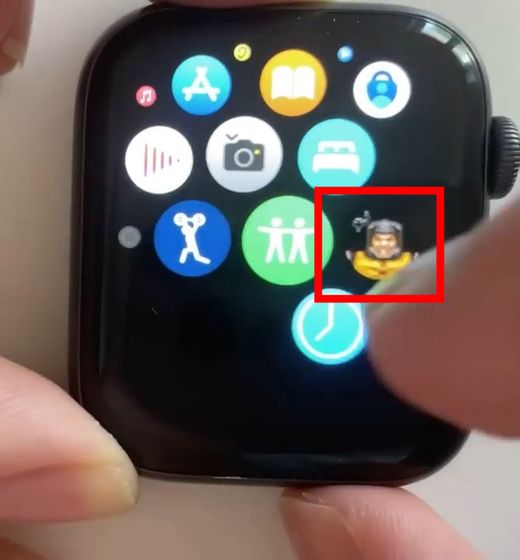 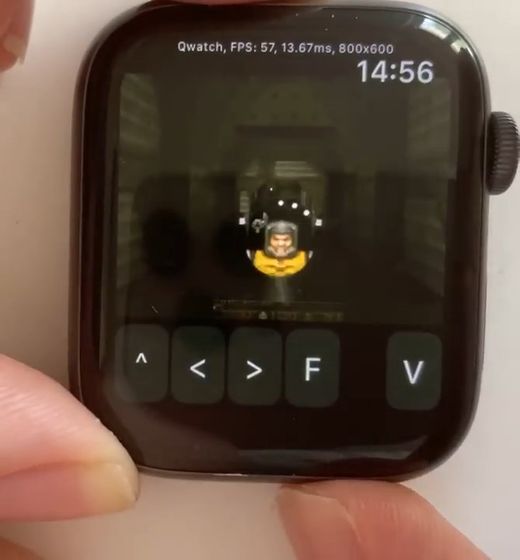 The screen slides up and the game starts. At the bottom of the screen are buttons for operation. 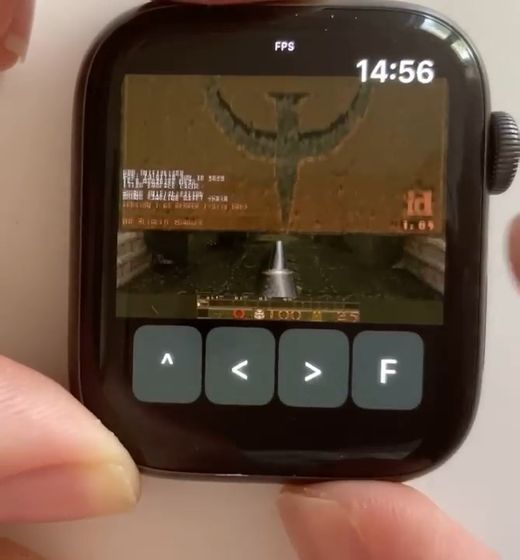 When you tap the 'F' button, a bullet is fired from the muzzle visible at the bottom center of the screen ... 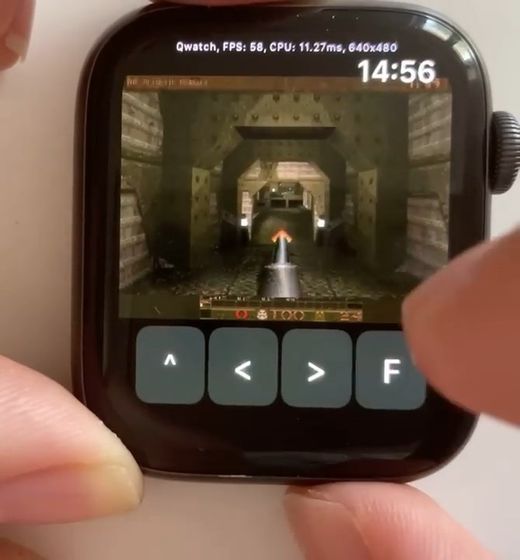 Digital Crown , which corresponds to the crown of the watch, changes the angle of the muzzle. 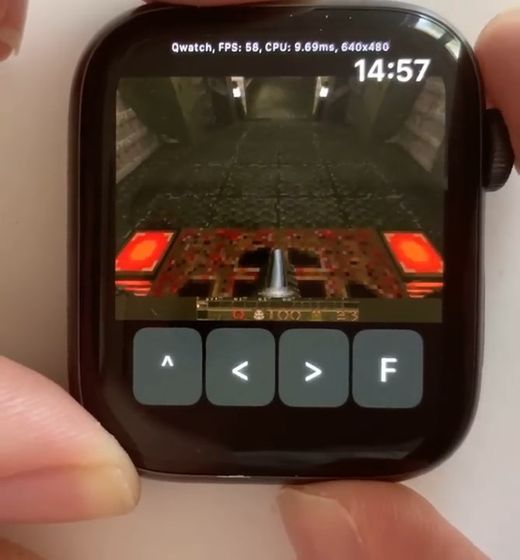 It is possible to point the muzzle to the floor or ceiling. 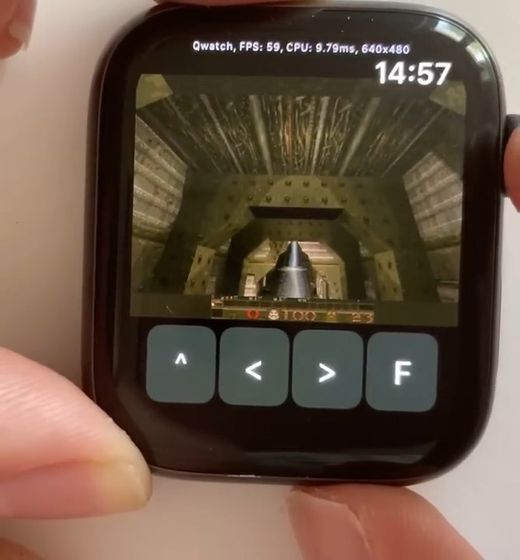 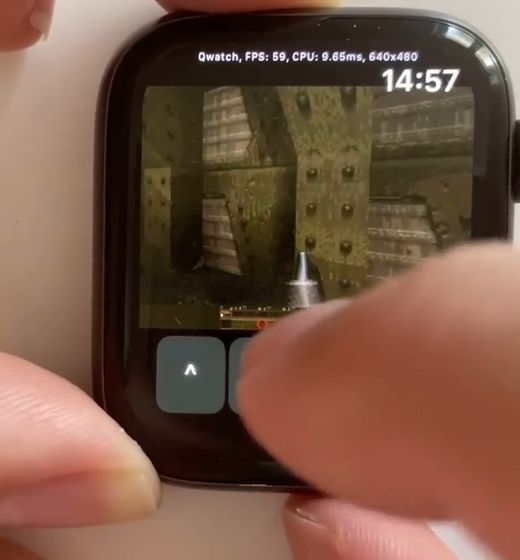 Tap the '^' button to move forward. Gunshots and footsteps can be heard clearly from the Apple Watch speaker. 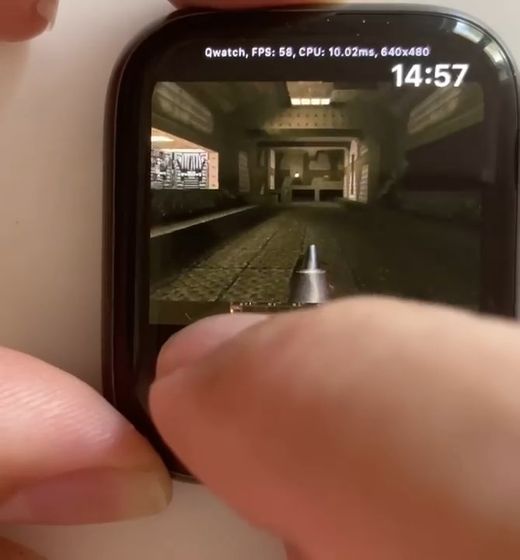 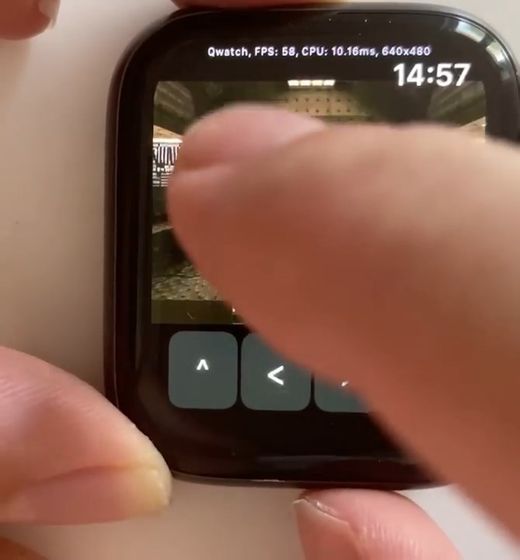 Movement and direction change are possible by tilt detection by Apple Watch's gyro sensor instead of buttons. 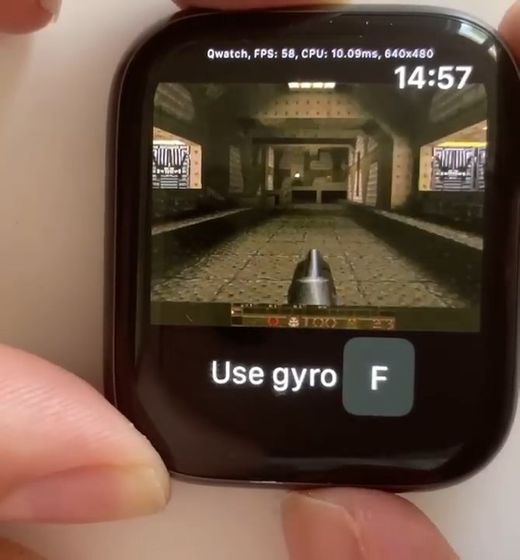 If you tilt the main body to the left, the muzzle turns to the left ...... 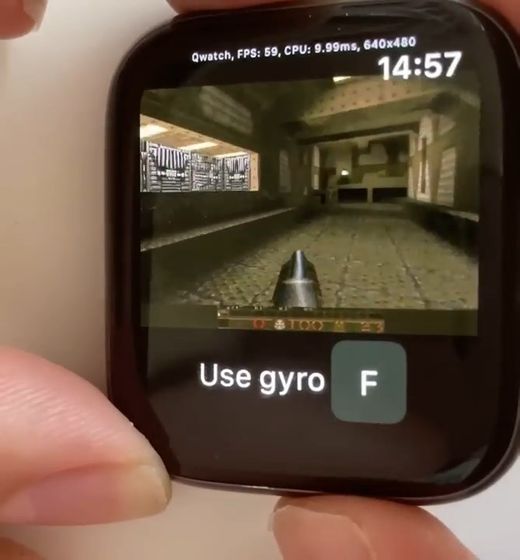 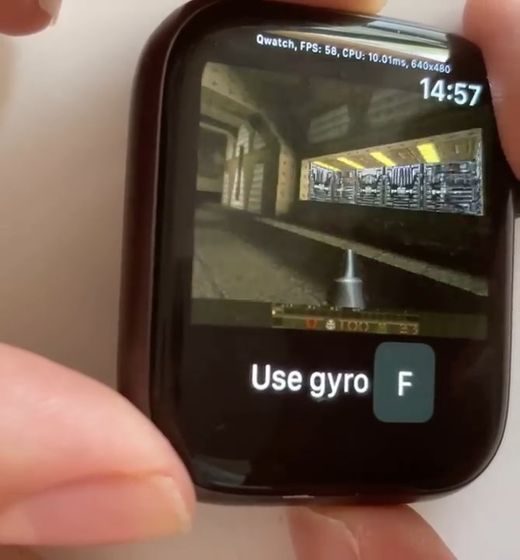 In addition, it is possible to move forward by tilting the main body back, and to retreat by tilting it forward. 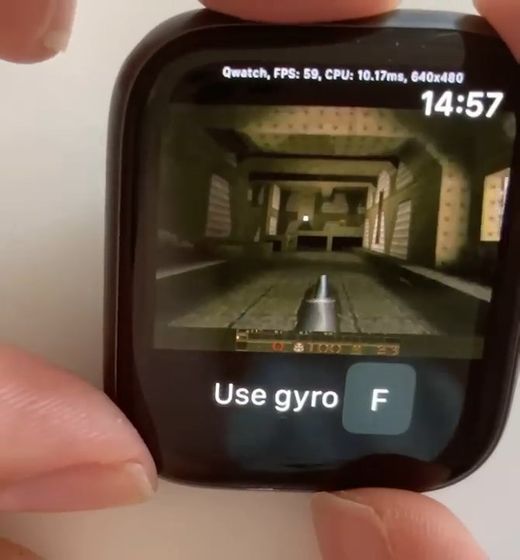 Since I encountered an enemy, I fought back with a gun. 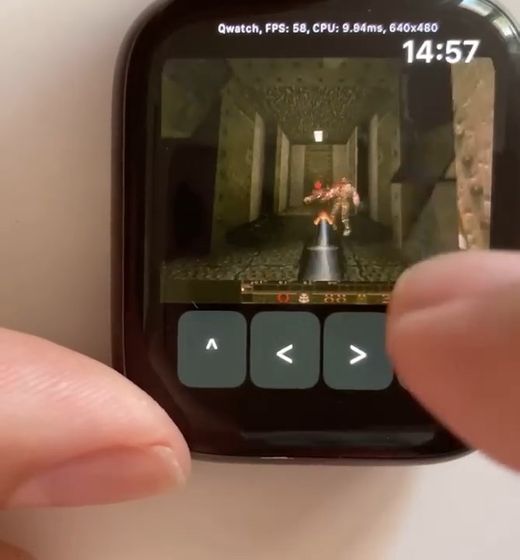 It's played on a very small screen, but hopefully you can kill enemies and move on. 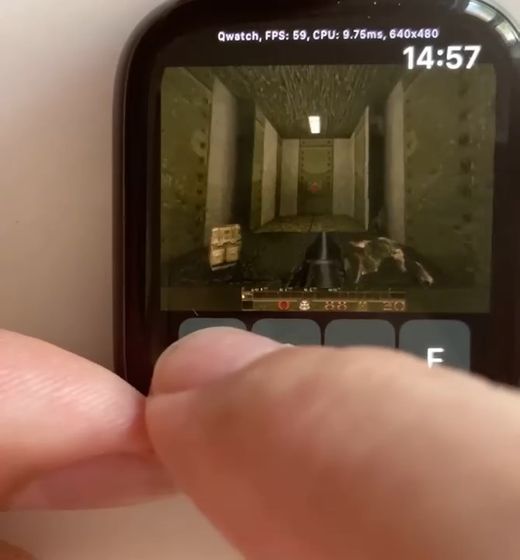 It was a port that not only started but also played the game. 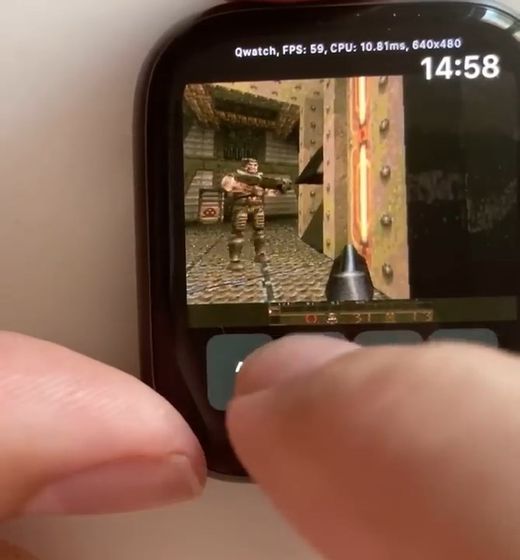 The code for the Apple Watch version of Quake 'quake_watch' has been released on GitHub as open source, and it is possible to build it yourself if you have a Mac and Xcode. Developer Tomas Vymazal says that it has been confirmed to work on Apple Watch Series 5 with watchOS 8.6.

When Vymazal reported Quake's Apple Watch porting on the social news site Hacker News, ``When such a wonderful work is released, I wonder what the tenacity motivation is to work on it for free and complete it to the end. I can't help it,' and 'This is really amazing ! It's not necessarily ergonomic, but you can feel the power that this little device has and the dedication people have for classic classic games.' In addition to the comment praising, another comment from another fierce person saying ' I once ported Quake to the iPod ' was also received.