If you use the image generation AI '

Stable Diffusion ', you can generate a picture just by entering a string called a spell (prompt), or add an illustration in addition to the prompt to generate a picture closer to your imagination. is possible. Several services that apply Stable Diffusion have appeared, but a new ' Inpainter ' that can replace part of the image with a completely different one has appeared.

Since Inpainter can be tried on the browser, I will actually use it. First, go to the Inpainter page and click 'Start painting'. 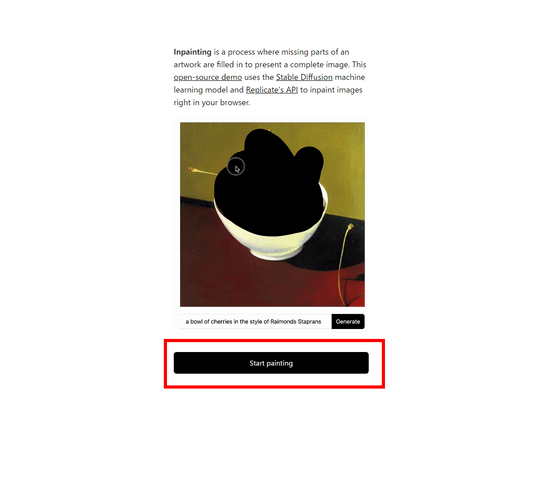 Inpainter gives you the option to drop an image file into the central square or enter a prompt to generate a painting from scratch. This time, in order to generate using the prompt, I entered the prompt in the input box at the bottom and clicked 'Generate'. 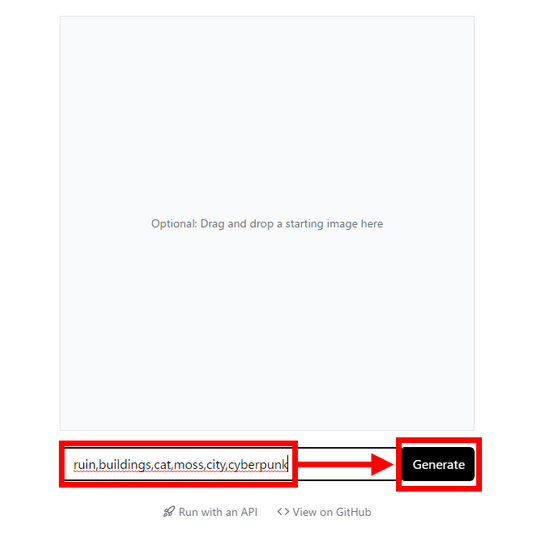 Then, the picture was generated as follows. The prompt used this time is 'ruin, buildings, cat, moss, city, cyberpunk'. The shape of the cat is somewhat unnatural, but the picture is generally generated according to the prompt. Then drag the mouse to fill in part of the picture and replace part of the prompt with another word. This time, I painted the whole cat and replaced 'cat' with 'robot'. Once you're ready, click Generate to generate it again. The picture after generation looks like this. Cats have been replaced by robots. Next, in order to erase the building in the background, I painted almost half of the picture. For the prompt, set 'buildings' to 'pyramid' and 'city' to 'desert' and try again. 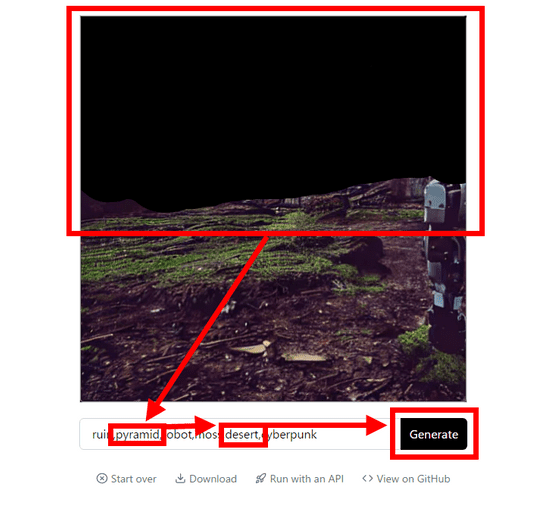 Then, the building in the background disappeared entirely, and a new pyramid appeared. Unfortunately, I didn't see any desert elements, but there was an interesting aspect, such as changing the sky, which I didn't enter as a prompt at all. When you want to mess with an image file, first upload it by clicking and dragging the file to the mass. 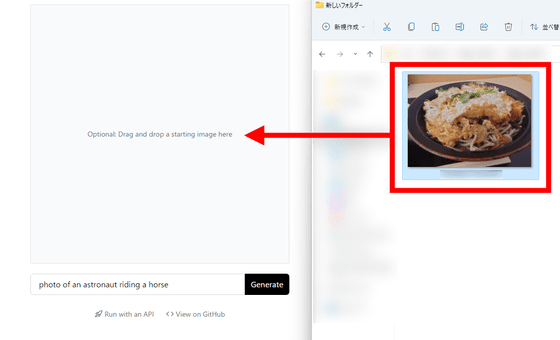 Fill in the part you want to change in the same way as before. This time, enter 'curry (curry), ramen (ramen)' at the prompt in order to change Katsu soba to curry ramen. However, the result was a failure. A bowl with curry ramen was created in the bowl.