Splatoon 3 ' released on September 9, 2022, new weapons such as new buki and special weapons , ' Jintori Taisen Nawa Battler ', a card game of Nawabari Battle, and ' Locker ' where you can decorate your collected items. Many elements appear. ' Salmon Run ' that appeared in Splatoon 2 was also reborn as ' Salmon Run NEXT WAVE ', so I tried to see what new elements were added.

The new elements added to Salmon Run NEXT WAVE are summarized in the video below.


The new Salmon Run will be available from the following locations after reaching Rank 4: For the first time, you will participate in the training, and you can check the basic rules of Salmon Run. That's why I immediately got on a helicopter and came to my part-time job. 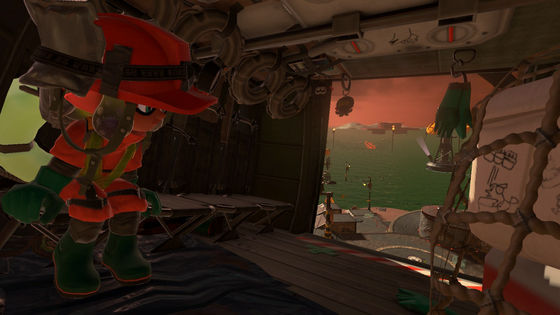 Squid being lectured by Kumasan on the basics of salmon run. The basis of the salmon run is to destroy the giant salmon that appears on the stage ... ... 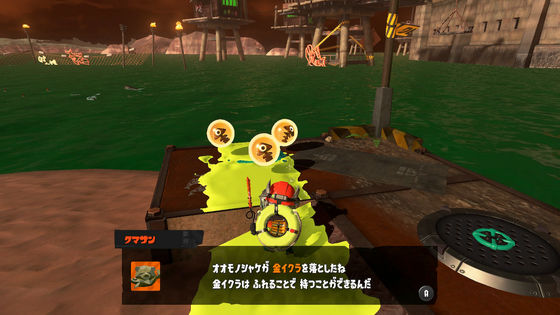 It is OK if you collect gold salmon roe exceeding the quota displayed on the upper left of the screen. 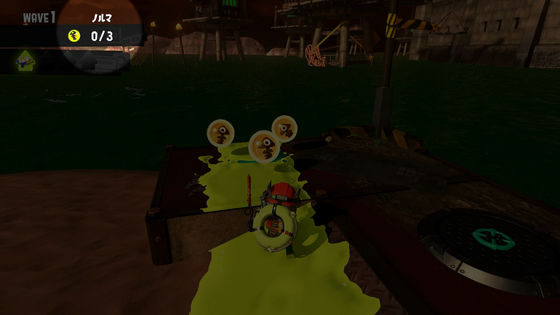 Golden salmon roe will be delivered to the salmon roe container on the stage. In addition, if you leave the golden salmon roe, it will be stolen by the flying salmon, so be careful. 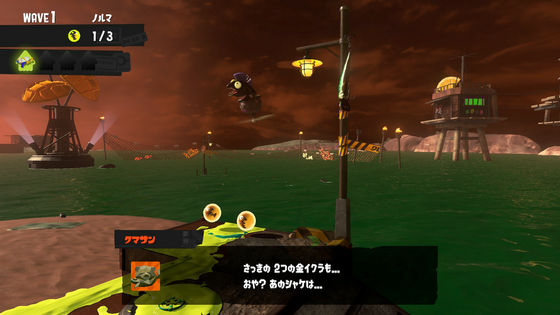 Come on with your part-time job mates! or…… help! You can communicate with Fellows who have been hit by the enemy are calling for help, so when ink is applied to this ... ... 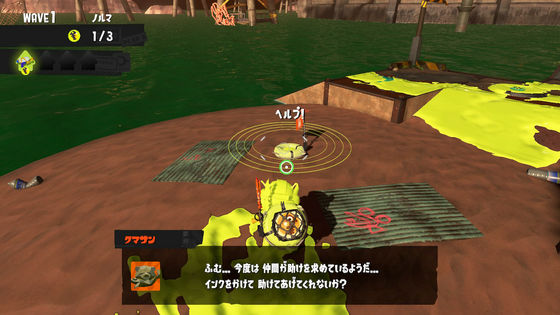 Allies will be revived. Salmon run is full of salmon that you can't handle alone, so how you can revive your fallen friends is also a point. In addition, shouts for communicating with friends can be issued by up and down the cross key. 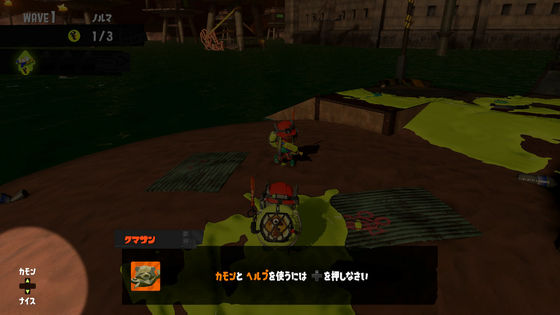 Bytes have a time limit, which is displayed in the upper left corner of the screen. Deliver gold salmon roe equal to or higher than the quota to the salmon roe container within this time, and if at least one of your friends survives, the wave will be cleared. If you clear 3 waves, it's a byte clear. 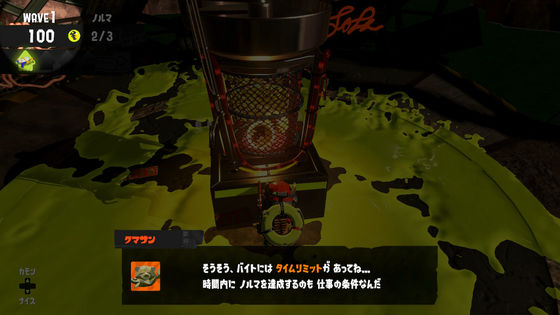 In addition, each part-time member is given a different special weapon as a 'special pouch', which can be used up to twice in one part-time job. It is OK if you use a special pouch without hesitation when you are in a pinch. 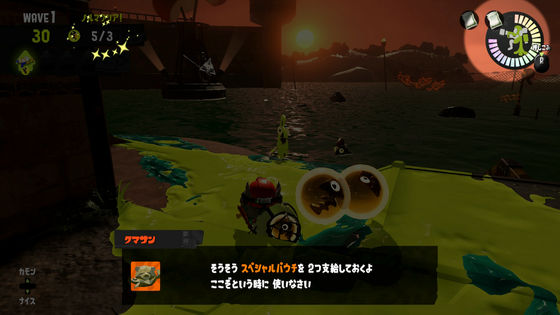 Salmon Run NEXT WAVE features 11 types of giant salmon. Among them, the new appearance from Splatoon 3 is 'Hashira' that attacks from the top of the pillar. 'Diver' jumping into the colored area 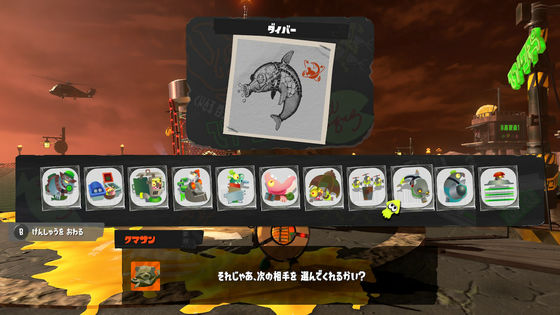 'Tekkyu' unleashes attacks with waves from a distance There are four types of 'Nabebuta' that will swoop down and attack when you enter the area directly below. In addition, there is a part-time job waiting room where you can try out the four types of weapons that will be used in the part-time job. Also, when the icon in the red frame part at the top right of the screen becomes full ... 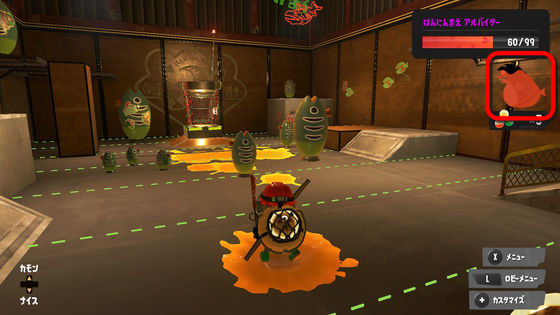 After the normal part-time job ends, Yokozuna of Okashira Salmon will appear. If you succeed in destroying this Yokozuna, you can get scales according to the damage done. This scale is used to purchase new jumpsuits to wear during part-time jobs. 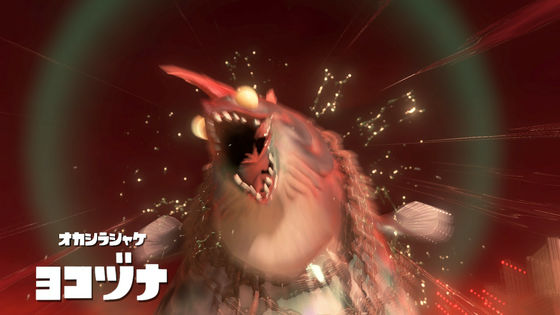 In addition, Yokozuna is quite a formidable enemy. Even though it's already huge and has a lot of physical strength, it's often defeated because the giant salmon also appears in large numbers at the same time. However, even if you lose against Yokozuna, the part-time job itself will be considered a success, and you will receive a reward, so you don't need to be overly enthusiastic. 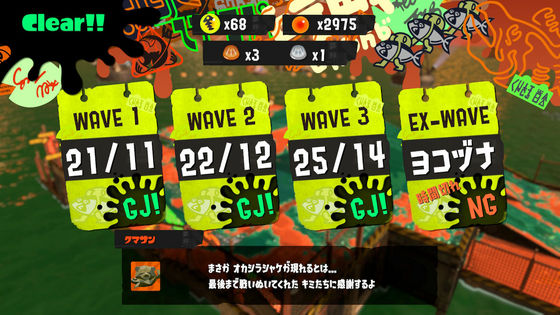 Salmon Run NEXT WAVE is basically the same salmon run as before, although new giant salmon and new elements such as okashira salmon have been added. Functions such as 'throwing gold salmon roe' have been added to make the play smoother, but the difficulty level has been further improved with the appearance of salmon roe. It should be a pretty nice update for those who are looking for a highly difficult part-time job.