Even though the official song of the US Space Force is released, it is too old and is very unpopular with net users as ``Isn't it a story?'' 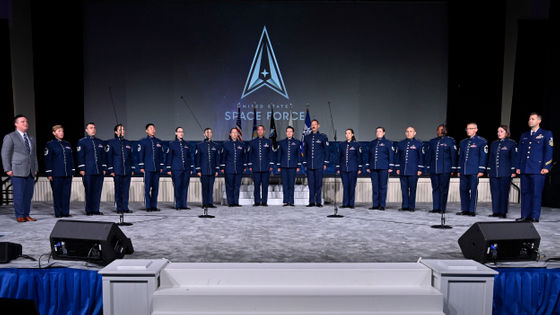 'It's not a banger': response to Space Force official song is less than stellar | US military |
https://www.theguardian.com/us-news/2022/sep/20/us-space-force-official-song

The Space Force just dropped its new official song and reviews are mixed - We Are The Mighty
https://www.wearethemighty.com/mighty-culture/space-force-new-official-song/

The official song of the US Space Force can be heard from the following.


According to the announcement of the US Space Force, the song title 'Semper Supra' was named from the motto of the Space Force, which means 'Always Above' in Latin. About the fact that the official song was completed about three years after the Space Force was founded, singer-songwriter James Teachenor, who was in charge of composing the song, said, ``I wanted to cover all the roles and visions of the Space Force. , This song was a difficult birth.'

Space Force Gen. John Raymond, who helped write the song, added: 'Working on this song is a once in a lifetime opportunity to create a Space Force song that will be part of our culture and heritage for years to come. Our heritage is part of the fabric that weaves all of us in our mission, and we are proud to sing 'Semper Supra' with our fellow Guardians.'

U.S. soldiers have specific names such as ``Soldier'' for the Army, ``Sailor'' for the Navy, ``Airman'' for the Air Force, and ``Marine'' for the Marine Corps. is included.

The spirit of the Space Force, spoken by General Raymond, is reflected in the lyrics of 'Semper Supra.' The lyrics are below, with temporary translations in parentheses.

We're the mighty watchful eye,
(We are mighty eyes of watch)

There's no limit to our sky.
(Our skies are limitless)

It is the official song of the Space Force, which the music director of the US Air Force band, who was in charge of performing, praised as 'the most exciting sound', but it is unpopular with Internet users and Internet media because the melody and lyrics are too heavy.

According to We Are The Mighty, which deals with military news, when 'Semper Supra' was first announced, many people took it as a parody or a joke. One Twitter user commented, 'Sorry for making this, but the song was screwed up before it even took off.'

I am sorry bro. You have tried, but the song fails even before it takes off.

The media reaction was, ' The new Space Force anthem proves that the Space Force is just a boring government agency, ' ' As (comedy filmmaker) Mel Brooks put it , ' For the Guardians who are forced to sing, it will inevitably be the most painful 30 seconds of their careers .'

The lyrics are also controversial. One Twitter user pointed out the lyrics 'day and night', 'There is no day or night in space.'

How can the new #SpaceForce be 'standing guard both night and day' when there is no night or day in outer space? https://t.co/8CFUgCt7Rz

Also, Kevin Baron, editor-in-chief of military news site Defense One, commented, ``The tune is a fine march, but the lyrics are grammatically terrible. ``There is no word like Warfighter'' ``Boldly is a plagiarism from Star Trek'' ``There is a limit to the sky. It's a word salad that puts it into words.'

And how is one boldly “reaching into space” without going there?

There is a “limit to our sky”. It's called space. Sky ends. Space begins.

These lyrics are the verbal word salad version of a bad Air Force painting.

In addition, the US Space Force has previously adopted a uniform with a forest camouflage pattern, and has received tsukkomi, ``Why did you adopt a camouflage pattern even though there is no forest in space?'' 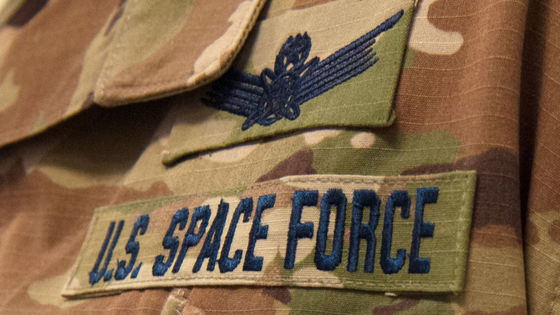