Can I give my cat milk? Experts explain that it is like eating a whole 30 cm pizza 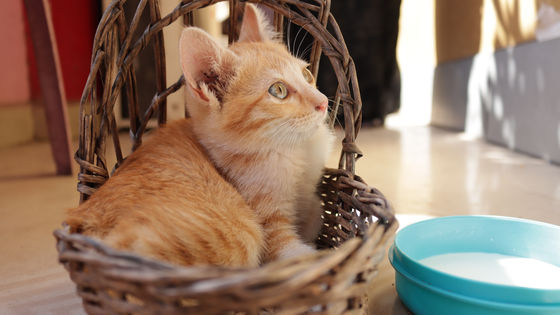 Is it safe for cats to drink milk?

The image of 'cats and dogs drinking milk' seems to have spread around the world since around the 19th century when artists began to like cats and dogs as motifs. As the Industrial Revolution progressed and more people moved to cities, more and more people kept cats and dogs as pets, which led to more and more artists creating fascinating pet-related works. Alfred Arthur Brunel de Neuvel, a French artist, frequently draws 'a cat drinking milk in a plate' and has gained popularity as an animal painter from such a style. However, feeding adult cats cow's milk is not a good idea, says

People's Dispensary for Sick Animals (PDSA), a British veterinary charity, in a Q&A on cats. This is because cats, like most humans, often lose their tolerance to lactose , the sugar found in milk, as they age.

'Most cats have a reduced ability to digest lactose after weaning, so cow's milk can cause digestive problems in cats, which can lead to diarrhea and diarrhea,' said Natalie Dawgray, director of the International Society of Feline Medicine in the UK. It can cause symptoms such as vomiting.'

Some cats retain the ability to break down lactose into adulthood, but even so, 'if you feed your cat a high-quality, complete, balanced cat food, it's nutritionally important.' And there is no need to give milk,' said Dougray. 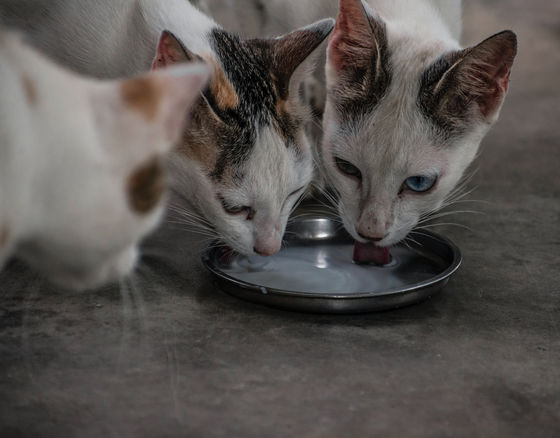 Also, since milk has a high fat content, PDSA compares drinking milk to a cat as 'a human being is eating a whole 12-inch (about 30 cm) pizza.' Therefore, Dougray pointed out that overdrinking can lead to obesity, even in cats that can drink milk.

'Milk contains high levels of phosphate,' Dougray commented. Phosphate intake should be avoided in cats diagnosed with kidney disease, and

a study published in 2017 also found that phosphate can impair kidney health in cats with chronic kidney disease. pointed out.

Hastings Veterinary Hospital in CanadaAccording to the page `` Can cats drink milk? Because there is, it seems that you may want milk even if you have a problem with your body due to milk. Also, ``There are cases where people simply like the taste of fat,'' PDSA points out.

Kittens usually breastfeed until they are fully weaned in the first few months of life. In some cases, mothers who have lost their mothers due to illness or other reasons are raised using a carefully formulated nutritious kitten milk replacer. According to Dowgray, it's better to choose a dedicated milk replacer if you're feeding your kitten, as some foods like cow's milk or goat's milk don't contain enough protein and fat for your kitten's growth and development. . ``Veterinarians can recommend high-quality, safe milk replacers for kittens,'' says Dowgray. Weaning should be done gradually until the child can accept 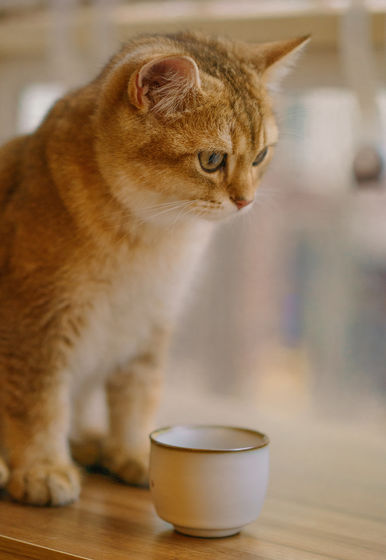 Supermarkets and pet stores sell milk replacers for cats, but Dowgray says, ``Instead of buying dairy products for cats, you can make sure your cats have enough fresh, clean water every day. We should concentrate,” he advises.