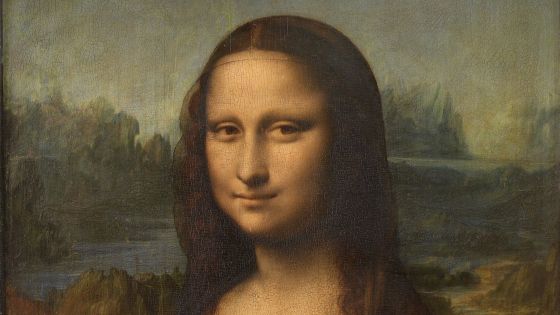 In the world-famous painting 'Mona Lisa', there is an anecdote that a psychological phenomenon occurs, 'When you pass in front of you, you feel like a woman is following you with her eyes.' The psychological effect of continuing to make eye contact even when there is a difference is called the 'Mona Lisa effect'. It has become clear that this Mona Lisa effect has important implications for the survival of animals living in the natural world.

If you carefully observe the face of the woman drawn in Mona Lisa, you can see that the eyes are facing diagonally and not looking at the front. However, when you look at Mona Lisa, you should feel that 'the eyes are matching with women'. Furthermore, even if you look at the Mona Lisa from the right or left, I feel that my eyes continue to meet with the woman. In this way, the psychological phenomenon of feeling that the eyes are meeting even though the subject is not looking in their direction is called the 'Mona Lisa effect', and the reason why the Mona Lisa effect occurs is There is a theory that it is because it is drawn in the center of the eye. Apart from the Mona Lisa effect, a 2020 study using cows confirmed the experimental result that `` if you draw a lion on the buttocks of a cow, it will not be preyed on by lions ''. In addition to research on cattle, the eye-like stalks of some butterflies and fish are thought to have the effect of protecting themselves from predators. ” are well-known examples. The content of the experiment is like this. Three types of ``illustration combining circles and triangles'' that look like the following prey were placed in front of the chick, and the time until the chick attacked the illustration was measured.

Hannah Rowland, a member of the research team, said, ``The illustrations with the circles arranged concentrically have the same effect on the chick as a portrait (such as the Mona Lisa) that makes you feel like you can see each other anywhere in the room. It seems that he gave the impression that ``the eyes meet from all directions.'' This shows the reason why ``patterns that look like eyes'' have developed in nature.'' It concludes that the eye-like pattern it has is effectively suppressing the predation risk with the help of the Mona Lisa effect.