In the Soviet Union, ``human and dog telepathy'' was seriously studied 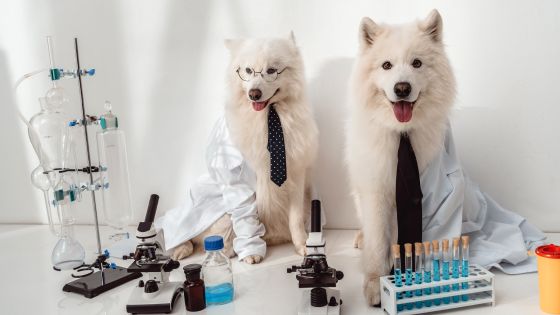 While it has been confirmed that dogs have the ability to `` see through human lies '' and `` have the ability to follow human instructions from birth' ', `` dogs have a special head compared to other animals. There are also research results that say that is not good . Regarding such dogs, a study was conducted in the Soviet Union in the 1920s to investigate the 'telepathic ability of dogs and humans.'

How a Soviet Circus Clown Tried to Prove That Dogs Can Be Psychic - Atlas Obscura
https://www.atlasobscura.com/articles/dog-telepathy

Research on the telepathic ability of dogs was conducted by Mr. Vladimir Durov, who was active as an animal trainer at the circus, and Mr. Bernard Bernardovich Kaczynski, a researcher. Mr. Durov worked as a clown when he was young, but after he got old he turned to the art of manipulating animals such as dogs, monkeys, goats and lions, and showed off the art of communicating silently with trained animals. Mr. Kaczynski was conducting research on radio, but at the same time he was also very interested in ``the possibility that animals can transmit information to the outside with a mechanism like radio''. Mr. Kaczynski thought that Mr. Durov and dog tricks were 'the best example for telepathy research,' and approached Mr. Durov for cooperation in research. Mr. Durov agreed with Mr. Kaczynski's proposal, and from August 1922, both men began research on 'the telepathic ability of dogs and humans'.

Below is an example of an experiment conducted to verify the 'telepathic ability of dogs and humans'. On November 17, 1922, an experiment was conducted to telepathically give a dog an instruction to 'fetch a telephone book in another room.' As a result of trying the telepathic command three times, 'First time: The dog ran toward the middle of the room' 'Second time: The dog tried to close the door' 'Third time: The dog came from the next room I got the phone book.' The result was obtained. Mr. Kaczynski left a record that 'Although the first two failed, this experiment can be considered successful.'

In addition, in the research, an experiment was also conducted to `` put the dogs in a cage that blocks electrical signals between dogs and observe the difference in the dog's reaction due to opening and closing the cage door ''. Mr. Kaczynski said about the results of this experiment, ``Durov's telepathy was not transmitted to the dog when the cage door was closed. However, when the door was opened, the dog accurately executed the telepathic command.'' is recorded. In their research, a total of 1278 experiments were conducted, including the above experiments, of which 696 experiments showed the existence of telepathy. However, no clear evidence has been found that dogs have telepathic abilities even at the time of writing the article.